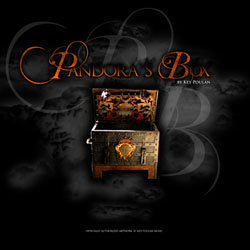 
In Greek mythology, Pandora was the first woman on earth. After Zeus ordered the god of craftsmanship to create her out of water and earth, she was endowed by the gods with many talents, making her all-gifted. Pandora’s Box follows Pandora’s story with many musical references to the story line and reflects on the curiosity of the title character. In the famous Greek myth, Pandora was instructed not to open a box that was sent with her to Epimetheus, the brother of Prometheus. Zeus was punishing Prometheus for stealing fire from heaven and giving it to the mortals, and by sending his brother the prized jewel – Pandora, Zeus would extract revenge on Prometheus. But Pandora opened the box she was to leave alone under all circumstances. Before she could close the lid, all sorts of things had escaped to cover Earth… all except Hope, which lay on the bottom.