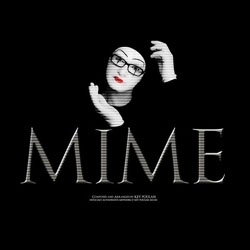 
Mime celebrates the beauty of movement and gesture as artistic expression and storytelling within a tangible realm of imagination. Joyful melodies, melancholic harmonies, and rich textures evoke a vivid world of action and feeling.

Mvt. 1: "Mime's Merry-Go-Round" is a joyful spin through the melodramatic world of mime. Mood becomes gesture; gesture develops a character; and, characters interact within various scenes inside the rich and vivid world of imagination.
[ Download ]


Mvt. 2: "Sound of Silence, The" portrays the eloquent range of mime as a wordless language capable of incredible and profound expression. A feeling may never be as perfectly described by words as by an intentional movement or gesture. (Licensing required.)
[ Download ]


Mvt. 3: "Tug-O-War / The Box" playfully explores the classic imagery of mimes playing tug-o-war with the invisible rope and attempting to escape the confines of the invisible box.
[ Download ]