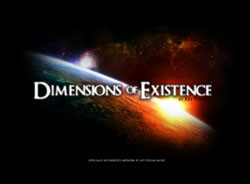 Mvt. 1: "Singularity, Existence, and Coalescence" starts with an amplified clarinet soloist, foreshadowing the melodies to come. One can feel the build up to the coming Big Bang. Consider starting the entire band in as tight a ball as possible, the bodies gently swaying in the cosmic wind. The explosion detonates the clock running on the universe as individual "particles" bounce off one another and form stars and galaxies. The individuals spread out from the tight ball to form various celestial bodies and the movement concludes with the organized universe.
[ Download ]


Mvt. 2: "Expanse" turns lyrical as the music and visual forms keep expanding. The beauty of the cosmos generating awe and wonder, ending in a climactic (potentially backfield) chorale. Consider adding a woman's chorus behind the flugelhorn soloist, creating a sort of soundscape you might have expected to hear in the more ethereal moments of "2001: A Space Odyssey." If your guard lives to dance, this is the moment for them.
[ Download ]


Mvt. 3: "Collapse" signals man's anxiety with the potential end of the solar system. As expected, this movement is chock full of intensity and earth-shaking effects, highlighted by several short bursts from various small music ensembles. The band starts to head towards the center of the field for the final, irreversible collapse of all that is time and space.
[ Download ]


Mvt. 4: "Return to Singularity" is where the musical palindrome occurs, a retrograde of the opening melody. There is a slight pause towards the end for applause, but ever so slight as the collapse will wait for no one. This is the place to have your drill designer throw out some truly crazy, high-speed drill as everything known to mankind hurtles towards the final climax that is as hot as the surface of the exploding Sun.
[ Download ]